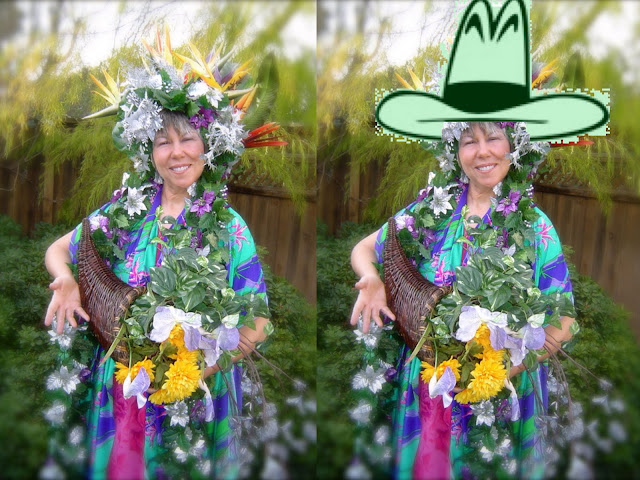 Because Nature has so much more in common with conservatism.

Nature operates according to conservative principles. The systems by which Nature functions — ecosystems, habitats, Gaia — can be most accurately described as free market agricultural economies.

Beavers create dams which form ponds that provide the beavers with a refuge from predators and a place to build their lodges. At the same time, those ponds create meadows which provide more habitat for more willows and cottonwoods which means more food for more beavers. incidentally, these same ponds form habitat for trout and frogs and a variety of other plants and animals that all play roles as producers and consumers in this pond/meadow agricultural operation.

One more: (one I’m most familiar with.)

Grazing animals, such as wildebeeste, bison, and cattle, feed on grasses, and as they do they shake seeds from the plants and stomp those seeds into the ground along with the fertilizer they (the animals) provide. As the grazers graze, they also remove standing, shade-producing material from last season’s growth (by eating and trampling). This makes sunlight available to new sprouts (from all those seeds) and regrowing plants as well. As the hooved animals scuff around they break up the naturally-occurring ing crust that develops on soil from the impact of wind and falling raindrops and causes the soil to shed some water and absorb less. Hooved animals also pock the soil surface with hoofprints that create small catchments and enhance the soil’s ability to absorb water.

You don’t believe grazers can produce grasses? Check this post.

What all this means, as I see it, is Nature is a web of production and consumption relationships. Within Nature, living things work to produce what they need in order to live. Flowers don’t just ”happen”. Bees cultivate and produce them. Willows don’t just grow by accident. Beavers create conditions for more of them to grow. Wildebeeste don’t just wander around eating grass, they are herded by predators so they cultivate, plant, and fertilize the grass which they harvest it as they are, in turn, harvested by predators.

Most, if not all, of these interactions are more complicated than I have just described. For instance, in the case of grazers, grasses, and predators, a variety of creatures perform a number of jobs in this natural agricultural operation. Insects, such as dung beetles, and various microbes break down the manure of the grazers turning it into a form that plants can use as fertilizers. While all this is happening specialized fungi (mycorrhizae) interact with plant roots to enable the roots to take up nutrients from the soil. In each case each participant is producing food for itself as it is used to produce for something else.

Ecologists call this an ”ecological community,” a network of interacting species, a food web. Within this community everything plays an essential role in producing what it uses. Want to know what sustains a certain plant or animal. Check what uses it.

There’s another reason Nature can be decribed as conservative (in addition to the fact that it bases the way it functions on the principles of conservatism). Nature can also be called conservative because it has absolutely nothing in common with liberalism.

Protection, the core principle of liberal environmentalism, is totally foreign to nature. Nature protects nothing. It uses everything from the waste produced by single-celled creatures, to the oxygen released during photosynthesis in the most gigantic redwood. In Nature to live is to participate in the web of use relationships — to use and be used. There are no exceptions.

Again, if you want to know what sustains some part of Nature, notice what uses it.

For millenia humans have fit into this economy of natural production and consumption relationships. Much, if not all, of the actions we have used (and continue to use) to produce the food, fiber, and other items we need are as much a part of this ancient web as the actions of any other of its elements — bees, beavers, dung beetles, and mycorrhizae. Obviously, our role within this web has changed drastically because of our development of technology. But we still plant plants and herd animals, and as we play new versions of our ancient roles we still help hold the web together in much the same way that we always have.

That is why removing humans from Nature a la the Drake Exclosure, the Verde River etc. can have results that can be so ecologically damaging and so counter to our conventional environmental wisdom — the widely-held misconception that removing human impacts from ecosystems always leaves them more ”Natural” and better off.

That’s the right way to be green.